SMR technologies helping to achieve climate neutrality in the future

Small Modular Reactors (SMR) can be one of the means of producing emission-free energy, electricity or heat or both, irrespective of location and almost without limits. Therefore, they have been a frequent topic of discussion as a potential solution for mitigating climate change and reducing emissions on a large scale. 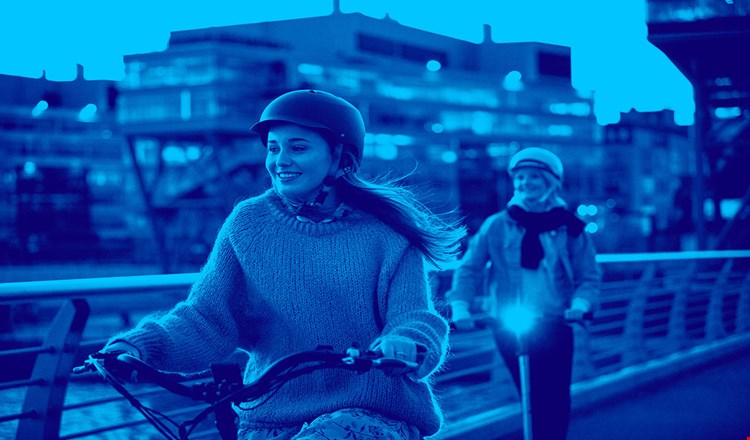 Small Modular Reactors (SMR) can be one of the means of producing emission-free energy, electricity or heat or both, irrespective of location and almost without limits. Therefore, they have been a frequent topic of discussion as a potential solution for mitigating climate change and reducing emissions on a large scale.

The term SMR is an umbrella term, including a multitude of small and modular reactors based on various technologies. The simplest SMR technologies are based on the traditional light-water reactor technology in the same way as in the conventional nuclear power plants, but on a smaller scale that is easier to manage. At its simplest, light-water reactor technology means that fuel is placed into a pool where heat is released when atoms split. Water then heats up and it can be directed to the evaporator where steam produced in a separate circuit can be used for generating electricity in a steam turbine, or heat can be transferred through heat exchangers into the district heating network.

A number of planned SMR plants are modular, i.e. composed of prefabricated mass-produced components. For example, a whole reactor module could be transported by truck directly from the production plant to the worksite, and the plant could be built from modules. Naturally, this is an easier and quicker way of building in the same way as if you compare the construction of a prefab house to Sagrada Família, which is built brick by brick.

The advantage of prefabrication brings the benefits of mass production instead of traditional economy of scale. Quality control is also more efficient. In terms of their design principles, many SMR concepts are passively safe, i.e. their safekeeping does not need complicated multiple systems or active measures because safety is based on the laws of physics, such as natural cycle of water and the effect of gravity.

Due to these properties and the advanced design expertise of today, modern SMR plants could be made considerably safer, of higher quality, prefabricated, type-approved, easier to licence and faster to build.

Tech race in the development of SMR technologies

Due to their significant emission reduction potential, SMR technologies are attracting a lot of interest throughout the world. There is currently an ongoing international technological race to develop SMR technologies.

The technologies are currently developed actively at least in the US, Canada, the UK, China, South Korea, Russia, France, Denmark and Finland. The tech development race has been encouraged especially by many start-up companies, which have been granted sufficient funding for the development work and have joined the tech race. Also, big traditional companies are taking part in the development and commercialization of new technologies. In China some are already in the construction phase, while some of the first plants are now in the licencing process in the United States and Canada. Currently, the first commercial plants are expected to be completed around the mid-2020s, and many others are expected to be completed in late 2020s.

In many countries an interest in SMR power plants has appeared due to having their own challenges in phasing out fossil fuels. Especially in countries that do not have an abundance of renewable resources like wind and solar or sufficient land area to utilise them and whose energy production is based strongly on fossil fuels, SMR plants can be seen to be a promising climate-neutral solution of the future. Also, countries without the previous use of nuclear power, such as Estonia and Poland, have expressed their interest.

Although the technology itself is now becoming commercialised and available in the late 2020s, it is also necessary to update the nuclear regulation for the new technology. Before receiving information about the requirements of legislation and the licensing process, it is difficult to start planning the use of the new technology in further detail. Of course, even those who are updating regulation need information about the properties of the technology, and it is good to develop the new technology and the related regulation side by side. In Finland, the working group to prepare an overall reform of the Nuclear Energy Act, set up by the Ministry of Economic Affairs and Employment, is a good start. It would be important to accelerate the needed changes to the regulation in order to enable the introduction of new technologies, where possible, in order to adhere to the climate neutrality target on schedule by 2035.

Helen involved in the preparation of SMR ecosystem project

Owing to their good technical and economic properties, SMR technologies seem to be highly potential solutions for reducing emissions on a large scale, also especially in heat production where carbon neutral options are limited.

Helen has taken part in the preparation of the SMR ecosystem project coordinated by VTT. The research project builds capability for the introduction of new technology in cooperation with equipment suppliers, utilities, researchers, the authorities and other stakeholders. The ecosystem project is planned to start this year.

We are actively monitoring the global development and will continue studies on the suitability of small modular nuclear reactors in Helen’s current energy system as and when we have further information about both technological and legislative development. It is indeed now necessary to conduct research, development and studies on many new solutions and technologies in order to achieve the carbon neutral 2035 target.

The author Heidi Harle is part of the Helen Ventures business development team. In her work, Heidi is developing an energy system of the future in order to achieve climate neutral energy production. In her free time, she enjoys exercising to music or outdoors and sailing in the archipelago in the summer.