Hydropower accounts over 50% of all electricity produced in the Nordics, and 60% of all renewable energy production globally. Vast amount of the water originates from snow within the catchment areas. The accumulated snowfall therefore contributes largely to the hydropower reservoir (HPR). What makes hydropower so efficient, is the fact that in the mountain areas where elevation plays well for the value (since hydropower is essentially gravitation power) also snowfall tends to be high. 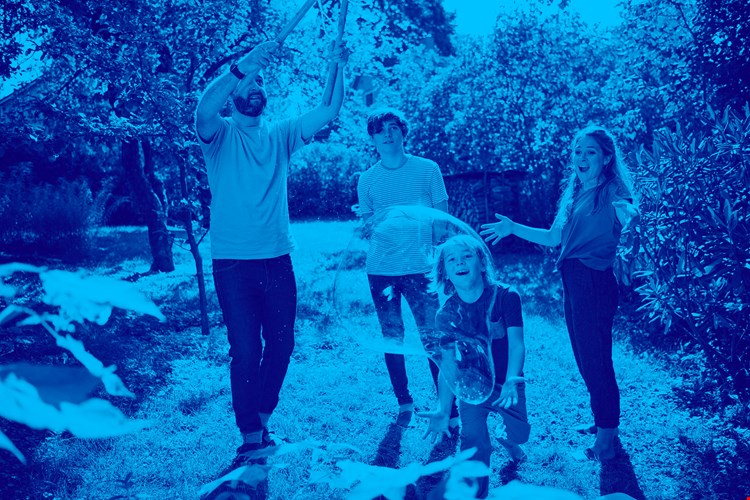 The advantage of hydropower compared to other renewable energy sources

One of the biggest drawbacks for all main renewable energy sources (hydro, wind, and solar) compared to fuel-based production are the lack of flexibility to meet the demand and inaccuracy in supply forecasting.

While energy storage solutions can add flexibility, the technology is still relatively expensive in a large scale. Hydropower has an advantage in both flexibility and forecasting, but with some limitations.

Snow-water equivalent (SWE) describes the amount of water contained in the snowpack. In the case of hydropower, this equals the potential energy to be generated once the meltwater hits the plant.

For hydropower in the snowy areas there are new ways to increase the forecasting accuracy with novel technologies to complement for example the more traditional cumulative precipitation-based methods. One way is to utilize widely available and increasingly more accurate satellite data. Analyzing satellite data even periodically – not to speak about real-time analysis – can deliver an accurate picture of the thickness of the snow layer for wide areas. However, knowing the thickness only tells the volume of snow.

SWE is relative to the density of the snow. Fresh, dry snow is less dense than wet snow, meaning that the SWE of the powder snow, ideal for off-piste skiing, can be as little as 10%. The extreme opposite being an almost ice-like snowpack. Since the snowpack transforms and layers over time due to both snow falling and changes in the weather conditions, the analysis based on satellite data can lose the sense of contains quite easily. Thus, hydropower companies have complemented their analyzes with periodical camps to the mountains to literally dig deep into the snow to learn what’s below the surface. Not only is this extremely dangerous and manual, the accuracy remains still low since a few pits here and there around the catchment area is very spatial and can give misleading information of the overall situation.

Snow data is also gathered from different sources of analysis and data gathered by public authorities, meteorological and scientific institutions, and weather stations including radars looking at the snowpack. It’s fair to say that collecting snow data has been laborious and, at its best, the accuracy of predicting the amount of snow and time when the melting snow is realized to potential energy has been around 20%.

Over the recent years, private companies have built advanced analysis enabled by AI/ML. This has enhanced the accuracy by few notches. At the same time, there’s emerging a new potential industry in the area that used to be in the hands of local public and semi-public organizations.

One of the latest technological developments are sensors that contain sophisticated radar technology to analyze the snowpack contents accurately, layer by layer. The sensors can be placed in fixed locations but are even more valuable when carried around example on snowmobile, skis or with drones. This tech, combined for instance with satellite data, increases the accuracy to a whole new level. The advanced analysis based on sensor data tells both more accurately the SWE of the snow and the point when the snow melts.

The value of forecast accuracy

Especially for the upstream hydropower plants, it’s essential to know when the snow starts melting and what is the water intake. The power generation is planned based on demand, water intake and HPR capacity. And they need to avoid spilling any water at all costs. Spilling can be caused by a mismatch in demand and incoming water that can’t be stored in the reservoir pools. Also, plants often maintain securing reserves until the late-summer dry season. Operating a hydropower plant contains balancing and fine-tuning various elements.

In the Nord Pool power market, where the hydropower accounts such a large portion of total energy production, electricity prices are largely determined by hydro production. Therefore, the business of all power companies and energy retailers is dependent on hydro. This has developed a market of analytics powerhouses producing generic forecasts. The analysis is utilized in both long-term projections as well as in day-ahead and intraday trading purposes. As we’re moving towards renewables and hydropower has the highest predictability and adjustment power, the analysis will become even more important. Even though Central Europe and UK electricity prices are not as directed by hydropower, the Nord Sea Link project that connects Norway and UK electricity systems, together with other planned interconnectors will increase the dependency during the upcoming years and decades.

All technologies make trade-offs. While the satellite-based analysis easily gives a comprehensive overlook of wide areas and adds values to the parties that benefit from the forecasts of a full electricity market, the accuracy still falls behind from the ideal by a lot.

On the other hand, the more accurate data can be obtained, but it’s still very local and effectively possible on catchment-area level. While the market develops, we expect to see the willingness to pay increasing between different stakeholders for different analyzes.

Controversial hydropower is affected by the climate crisis

Even though, hydropower gets controversial attention about its impact on environment, climate, and societies, it remains a strong contributor in the palette of renewable energy sources. Better profitability and enhanced life-time value for hydropower producers equals more efficient utilization of resources - meaning that the relative side effects per produced unit are being mitigated.

Hydropower industry likely has the highest financial incentive for more accurate SWE analysis and water intake forecasts - especially while the existing methods are soon outdated due to climate change - the AI enabled technologies can as well add value to other various parties in the long-term. In many places, water dams primarily control the freshwater reserves for households and irrigation, and hydropower come only as a byproduct. Climate crisis together with te growth of global population and development of welfare leads global water resources becoming more scarce and simultaneously harder to predict and balance throughout the year.

Recap of Helen Ventures’ 2020: Backgrounds of investments, impact of pandemic, and future plans